Can We Heal The World Please?

Can We Heal The World Please?

There’s no other way to put it, the condition of the world is bad, and it’s at a point where it’s near impossible to see how or where the problem even started. Nevertheless, it is not all doom and gloom, it’s not new information when we say everything changes, and adding to that it changes all the time. We live in a universe filled with infinite possibilities created each and every second.

Trying to make sense of today’s current situation it’s best starting with the state of the economic and geopolitical instability that is evident worldwide in various integral pillars holding up the platform in which allows us to live our day to day lives how we know too. The alarming thing to recognise is that in the 5-6 thousand years of recorded history that we have, never has the global disharmony been so high. There are very few continents in the world which are not hosting some civil or transnational conflict as you read this. With the state of international relations bonded together loosely by plasters, duck-tape and the hopes of humanitarians and pacifists worldwide the frightening possibility that exists that one or more of these conflicts turns into full on nuclear, chemical or biological warfare.

As a direct result of these conflicts, those who are lucky to escape with their lives typically end up displaced as their homes destroyed or their local areas are occupied, unsafe or again totally destroyed. So these conflicts are destroying the lives as well as economies forcing refugees to seek asylum in other countries that are already struggling economically. The truth is in the dimension we live in, duality is inescapable, as is conflict but any act in which intentionally causes suffering to another is a choice, and that can be avoided.

There are hundreds of different wars going on like the race war, religious wars, the war on terror, the drug war but also the silent unspoken war on consciousness. You don’t need to tune into the news or even leave your house to find conflict, just by looking and observing our behaviours and ways of thinking can we find conflict when old ways of thinking affect our growth and thus the battle to overcome them to open new doors begins.

The worldwide awakening is very much in effect, the number of people listening and acting on their inner voice that commands they wake up is growing day by day and the vision of a conscious society has been embedded in the mass conscious and is in process of manifesting

Everything single thing happens for a reason, all of the dysfunction and cracks in the seams that are appearing more and more visible are somewhat a blessing and a curse. The curse is that millions of people have been affected negatively by the loss of wealth to the loss of life and the violation of fundamental human rights for capitalistic gains. The blessing is that through the atrocities people have been shocked into waking up and now as a collective more and more people are banding together to unite against the big corporations and their governments. The sooner people realise that capitalism has become a tool used for oppression alongside the shady tactics employed by banksters and self-serving politicians promoting wealth inequality and driving families into poverty, the sooner people realise how it has failed the world.

The global disharmony may have never been this bad, but the opportunity to solve these issues has never been greater. Collectively we must unite and embrace the next phase of human evolution in which we redesign or social and economic systems to benefit everyone, not just those that run them.

A common feeling shared between the worldwide conscious communities is that those who are asleep are “beyond saving”. This belief stems from the ego and is not supportive of human evolution. The truth is, with the power of the internet, the spreading of information and growing pressures created by economic depression through low wages, unemployment and so on, more and more people are being driven out of their slumber and awoken with a shock left asking questions of those who are supposedly in control.

The blame undoubtedly, of course, goes to manipulating parasitic 1% whose interests are carried out by our so-called global leaders, who are visibly not leading us anywhere good.

Those “elected” for public power have been possessed and placed in the pocket of those in shadow power. As a result, they’re sustaining a dying system and are therefore failing to look for alternative solutions to the systemic catastrophe that we’re in. Not only are these elected overseers incompetent in their role, but they also lack the vision to direct us confidently and conservatively out of these turbulent times into a new era of abundance for all of humanity.

The age old saying "money makes the world go round" has become a horrible reality. Everyone should know or be made aware that politicians and governments no longer represent for the people nor do they serve the people's greater good. They represent for the conglomerates, corporations and organisations that fund their campaigns. You don’t need to be an Albert Einstein or Niklas Tesla; in fact you don’t even need to be an expert economic analyst all you need to do is have enough common sense to connect the dots to see what’s going on.

The first red herring that should stand out is that the global central banking system is ‘privately’ owned and enslaved humanity to debt. That debt enables these banking families to remain in control. Next corrupted link in the chain is the banking institutes who are proven and known to rig markets for their interests are allowed to rob people freely with little to no consequences. All in all, an enormous amount of expert analysts predict a complete economic meltdown in the very near future. They pin this impending crash of the results of things like the removal of the gold standard and the rate additionally printed money is entered into the system. It becomes even clearer when you see that the rich are getting richer while many are living under the poverty threshold, many of which without a roof over their head or ability to feed themselves.
Conventional energy production is another massive industry that can be optimised for the greater good of society by providing more cost-effective bills but just as importantly remove the strain on the world's resources that the money hungry corporations claim as their own and happy to bleed dry. It’s hardly a conspiracy anymore; there are well documented and proven technologies that generate energy that bears little to no adverse effect on the environment. 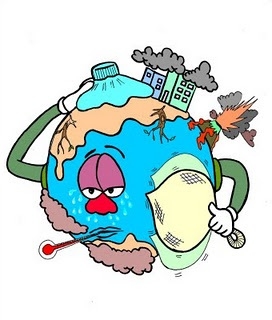 Industrial agriculture and its use of chemicals are demolishing our natural systems at an unprecedented rate with rainforests being destroyed to make space for cattle farms and mass-produced crops. Only a surface deep investigation into the world’s food industry will highlight awful truths that are allowed to continue. In short the world’s food supply is laced with a cocktail of different GMO’s, additives, preservatives & sweeteners that are killing the blind consumers. Those who set the standards for the food industry know this and have made no attempt to make changes.

The entire capitalist structure is built on the narrow ideologies of materialism, individualism and consumerism that has failed, not just the global society, but also dented our individual health and happiness sometimes more than people can care, realise or even comprehend.

The boom of technology and media is a double-edged sword carrying both positive and negative implications. It’s currently being used to distract the masses by spreading and projecting fear and negativity. For the real revolution to take place and society to evolve we need to change the way that information is dispensed to make sure that people are getting the information that is relevant and helpful, and this requires the current media monopolies to be dismantled.
Of course, you can lead a horse to water but you can’t make it drink, and every single person has the right to decide what information is constructive for them…. The terms sheeple and zombie should be ringing some bells. But we must all remember not to get caught in the trap set for us by the ego and look down upon those that avoid the harsh truth, in the words of the infamous Morpheus "Some people are just not ready to be unplugged". 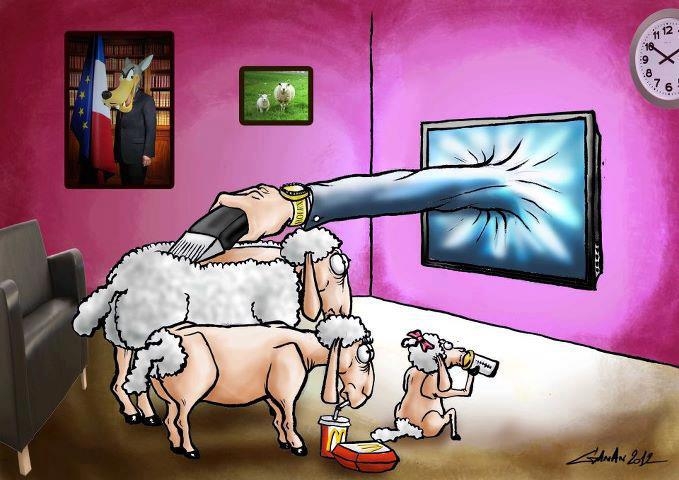 Shamefully, the mainstream mentality typically needs force-feeding information. When this happens, the public responds almost instantaneously in line with the pre-meditated sentiment of the situation, so just like the tragic death of the three-year-old Syrian child found washed up on the Turkish coast. The mainstream news pumped that story and now within just a short period it appeared like the entire world was up in arms about the death of one child. That’s right, one child. Not the remaining 6.5 million Syrians who have been displaced or the 22,000 children that perish each day due to the way that we maintain our global society, or the thousands of people dying from the unjust, illogical, and illegal wars generated by the interest in profits that can be made in times of conflict.

Please for one second do not think that we have no feelings of sorrow for the young Syrian boy, we were indeed sickened by the new lows that humanity has plummeted too, it just provides the perfect example in highlighting the influence that the media matrix holds over the masses.

What is encouraging is that the collective consciousness of humanity is waking up, it’s a slow process, similar to learning to walk again as a race we‘re regaining our balance through the understanding of the bigger pictures and darker truths.

Being awake and aware of course involves more than knowledge of political affairs, international conflicts and economics, it also comprises Knowledge of self, the acknowledgement of inner divinity that connects us all, that original consciousness that roots us to our spiritual nature.

When we as individuals accept our nature, the world will heal itself.