Fasting is the most powerful form of detoxification that can be practised. It cleans out and give birth to the regeneration of the physical body while purifying the mind and spirit. Fasting and dietary practices can be used as a model and a medium for enhanced awareness, consciousness alongside embracing a growing sensitivity to the light within.

Fasting is a period of abstinence from all foods where only fluids are consumed (in sufficient quantities) to cleanse the body and satisfy the physiologic requirements. When the body does not have to digest solid food, the energy is systematically focused towards cleansing itself of everything apart from the vital tissues. A person fasting even 30–40 days on water alone will not suffer a deficiency of minerals, vitamins fatty acids or protein as the body gathers all essential substances in an extraordinary manner upon the breakdown of unhealthy cells. 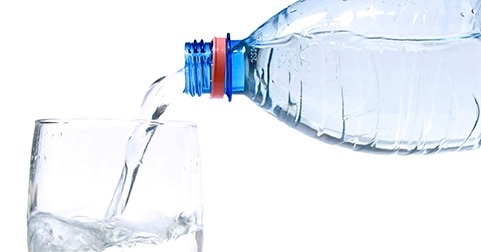 There is a fear for some people that strength will diminish from the catabolism of the muscle fibres, but starvation will occur only when the body is forced to use vital tissue to survive. Even during long fasts, the number of muscle fibres remains the same. Although the healthy cells may be reduced in size and strength for a time, they remain perfectly sound and are quickly replenished thereafter.

A well-nourished and healthy man can live up to 50–70 days without food if he is in the right surroundings where harsh elements and emotional stress cannot be a catalyst for disruption. Most people have sufficient fat reserves that are able to sustain them for many weeks but the major factor in regards to the healing principles of fasting is the resting phase.

Resting is understood to be a vital factor towards enhancing the recovery process when fasting because the body is then able to direct most of its energy towards the mechanical and chemical processes of detoxification. The recovery rates from illness and bodily dysfunctions are swifter than normal upon fasting as the body is re-organising itself from the atomic level, working to rid the system of toxicity and excess waste matter and as the toxic load is reduced and eliminated, the functioning of every cell is enhanced.

During this deep and profound rest, toxin intake and production are reduced to a minimum while autolysins and elimination proceed unchecked. Anabolic processes such as tissue and bone healing also continue at a maximal rate during the fast! It is great to include one bentonite and psyllium husk drink once a day while fasting for maximum detoxification and elimination.

There are many methods the body uses for the removal of foreign substances and waste such as the liver, lungs, kidneys and colon, etc. When these organs become backed up and overloaded, the body then resorts to extra ordinary methods of elimination and ailments can start to manifest such as boils, mucous, sweats, vomiting, diarrhoea and other forms of illness and discharges. A toxic overload can build storage forms in the joints, vessels, muscles, organs and almost any tissue in the body.

The first stages of cleansing can be quite emotional and challenging as large quantities of waste matter and digestive residues are stripped and removed from the body. You may feel sick due to the amounts of waste that are passing through the bloodstream, whilst the tongue becomes coated and foul-smelling as the body proceeds into hyper detoxification, pushing toxicity through every opening. Keep going, lie down, meditate, breathe deeply and relax. It only gets better.

After day three of fasting, there is little to no desire for food. It then becomes evident that it is only the mind that craves food as a form of contentment and temporary satisfaction. The second stage involves the cleansing of mucous, fat, diseased and dying cells and the more easily removable toxins. Your energy starts to heighten to the point where you do not even need much sleep and mental clarity starts to sharpen alongside a subtle sense of peace.

The final stage of liquid fasting involves the deep cleansing and removal of the toxins that have accumulated in your cellular tissue all the way from the day you were born alongside the cleansing of the microscopic tubes that carry vital elements to the brain. Cleansing of these last layers is possible through any combination of water fasting and juice fasting. Urine fasting is the most powerful. A raw, high mineralised diet and lifestyle also has similar effects to fasting but will take a longer period of time to match the excellent healing results.

To summarise, during extended fasts the body can remove dead, dying and diseased cells, unwanted fatty tissues, trans-fatty acids, hardened coatings of mucus on the intestinal wall, toxins in the spleen, liver and kidneys, toxic waste matter in the lymphatic system and bloodstream, mucous from the lungs and sinuses, heavy metals, eradication of yeast, mould and fungus, removal of embedded toxins within the cellular fibres and deeper organ tissues and waste deposits in the microscopic tubes responsible for nourishing brain cells.

A large percentage of the physical anomalies mentioned above are responsible for an enormous number of diseases and ailments. Many people run to the medical industry to get assistance with these issues, not treating the underlying problem but just temporarily masking it with other harmful chemicals and substances. To overcome or avoid many of these severe diseases, it is important to continue through a series of fasts, to the point where the full scouring action of catabolism removes the disease from the tissues.

So many people who have completed a fast agree that they have less hunger and much more energy than they would have normally. Once you experience this for yourself, it is indeed deeply liberating to find that if you surrender and have the faith in the process. It becomes the fastest and most simple process of discovering every human being has deep power and freedom to heal and take control of their own bodies

When you pay attention to what you put into your mouth, it can lead to what’s going on in your mind. Fasting allows the physical body to embrace the assimilation of pranic energy rather than the biochemical energy. Fasting and purifying the body enables you to become a better conductor of Kundalini energy and a vessel for your inner light to shine through.

Embracing the pranic energy improves the balance and alignment of the chakras and subtle energetic bodies. Through repeated fasts you will also become a clearer channel for the assimilation of the cosmic energy flow into your system, further increasing the sensitivities to the movement of Kundalini. The more you embrace these forces, the easier it will become to be motivated to continue to enhance personal development on many levels.

Many of these spiritual aspects of yourself that have been waiting for a long period of time will finally be able to shine through as the system detoxifies the junk and external programming that has been conditioned into the masses since birth. Fasting in a calm, serene and peaceful environment will allow you to express and deal with the new spiritual phenomena in a beneficial and positive way. As previously mentioned, meditation and relaxing with audios can also assist greatly. 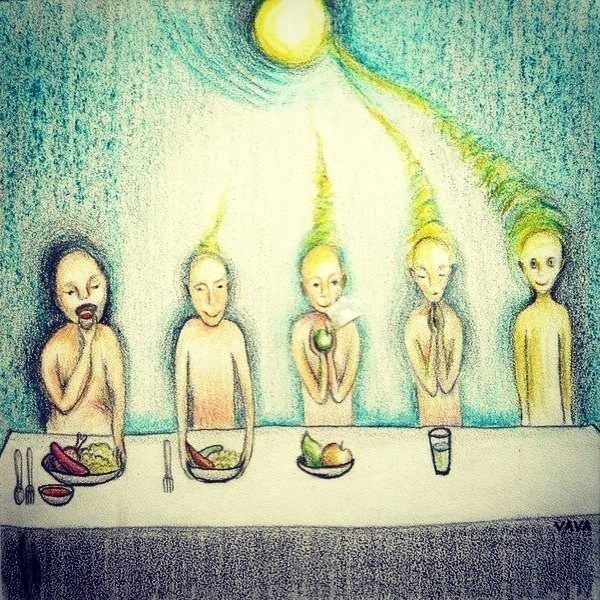 Another interesting phenomenon worth noting is that the years of taste bud and bodily conditioning, which have been made to tolerate the unhealthy processed foods, are reversed. You will feel satisfied with smaller amounts of food and be more sensitive to tiredness and sluggishness when you have overeaten. Going back to rich foods full of fat, processed sugars and salts will cause nausea, headaches and weakness to the body as the cells will be so clean they are very susceptible to any form of junk that should not be in the body.

After a fast, it is necessary in order to slowly and carefully return to a normal and natural eating pattern. You should take at least one week to gradually and carefully readjust your eating habits. The best way to end a fast is to stop drinking liquids at the end of the afternoon. After one hour, drink a glass of orange juice, lemon juice with water, grape juice or apple juice. The next day, drink another glass of fruit juice during lunch. From this time on, start eating juicy fruits.

After a fast, your body is clean and has far less tolerance for the toxic foods that you were used to eating previously. Feeling sick when eating poison is a sign that your body is functioning normally. Select your food carefully, even though it is not possible to avoid toxins altogether. Fasting, as a regular cleansing routine, is important and will keep you vibrant. We recommend you do your research on fasting if you are in need of rejuvenation or in ill health.

- Mental clarity is greatly sharpened and enhanced whilst brain fog is lifted.

- The nervous system is sharpened and brought back into a state of equanimity.

- Systemic energy levels and sensory perceptions are greatly increased. The longer the fast, the more energy and vitality you have.

- Organs and cellular biochemistry are revitalised and harmonised.

- The skin becomes hydrated and silky and there is a greater sense of movement within and without.

- The entire digestive system is rejuvenated and becomes more effective, and the peristaltic action of the intestines and natural bowel movements is stronger after fasting.

- Alkalisation, detoxification and regeneration are at peak levels, normal metabolic and cellular oxygenation are restored alongside the elimination of worries, stored up emotions and past energetic blockages.

- Consciousness and spiritual growth are triggered.

‘In a fast, the body tears down its defective parts and then builds anew when eating is resumed.’ ~ Herbert M. Shelton[i]

This was excerpted from the YUSA Guide To Balance: Mind Body Spirit which you can view in full HERE where it’s available in physical and digital format. You can also see what our current worldwide readership is saying about the book. If you are outside of the UK we advise that you visit Amazon.com for your copy for more cost effective delivery costs.